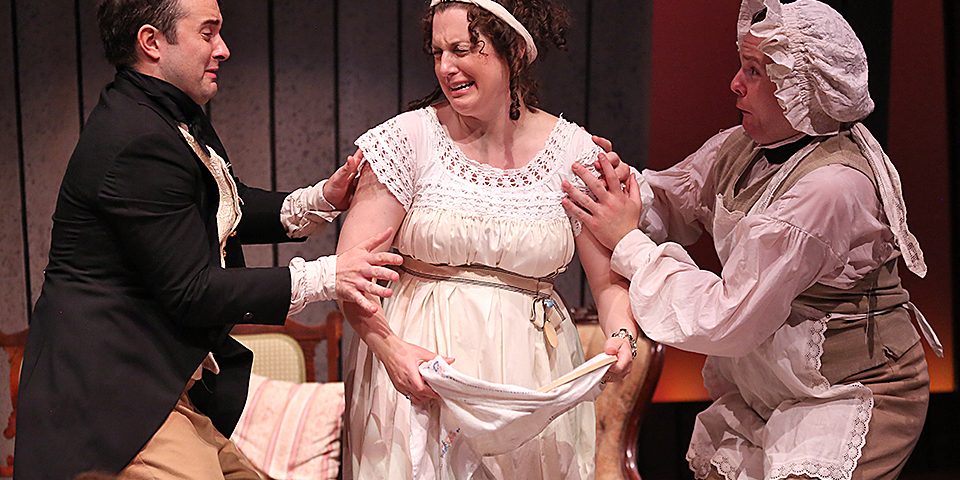 The first week of performances is in the books, and rave reviews are rolling in for Clackamas Repertory Theatre’s production of “Sense and Sensibility”, Kate Hamill’s new adaptation of the Jane Austen classic. 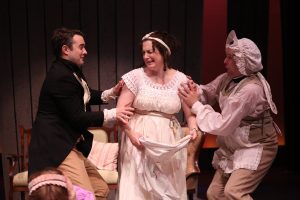 “This ‘Sense & Sensibility’ is different from previous Austen adaptations in part because of its dizzying pace,” writes Krista Garver in Broadway World. “With more than 45 scenes and constant activity, Hamill’s characters have almost no time for needlework. The playwright has also shifted the lens. Austen’s story is intact (i.e., two sisters, Elinor and Marianne, learn that love requires equal doses of reason and emotion), but it’s framed and driven by gossip. Someone’s always watching, ready to spread juicy rumors of infatuations, affairs, scandals, and heartbreak far and wide. This all makes for a very exciting two-ish hours that leaves the audience laughing and also perhaps reaching for a tissue.

“I saw the OSF production of Hamill’s play a few weeks ago and found Clackamas Rep’s production better in several respects, which I attribute largely to Karlyn Love’s creative direction.”

Bob Hicks, writing for Oregon Arts Watch, lauds the casts’ performance as well as the “excellent set,” costumes and props.

“Except for Kailey Rhodes as Elinor and Molly Bowman as Marianne, each cast member steps rapidly in and out of an array of roles, at times even becoming horses or inanimate objects such as carriages,” Hicks notes. “It requires a whip-smart attention to detail and timing, and on the whole the cast pulls it off with élan.”

“(T)he steady center of this production, the two performances that anchor it and keep it grounded in Austen’s serious intentions, are Rhodes’s finely modulated and quietly expressive characterization of Elinor Dashwood, whose rare sense, deep convictions, and equally deep capacity to love are at the heart and soul of the story; and Tim Blough’s reserved and dignified and quietly eloquent portrayal of Colonel Brandon.”

Don’t miss your chance to see this entertaining show!

“Sense and Sensibility” runs through July 22. Get your tickets by calling (503) 594-6047 or visiting the Clackamas Repertory Theatre website. 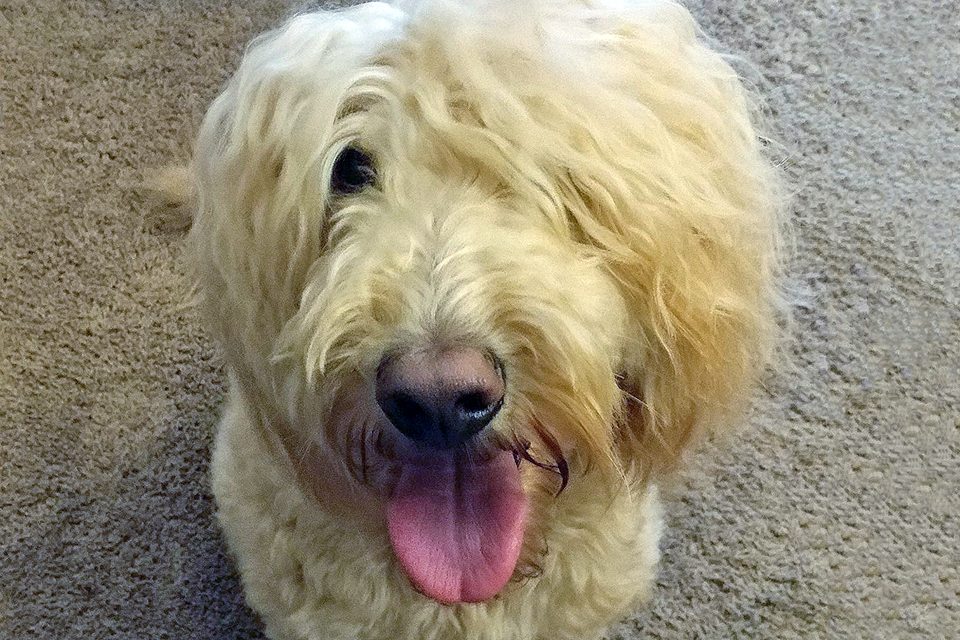