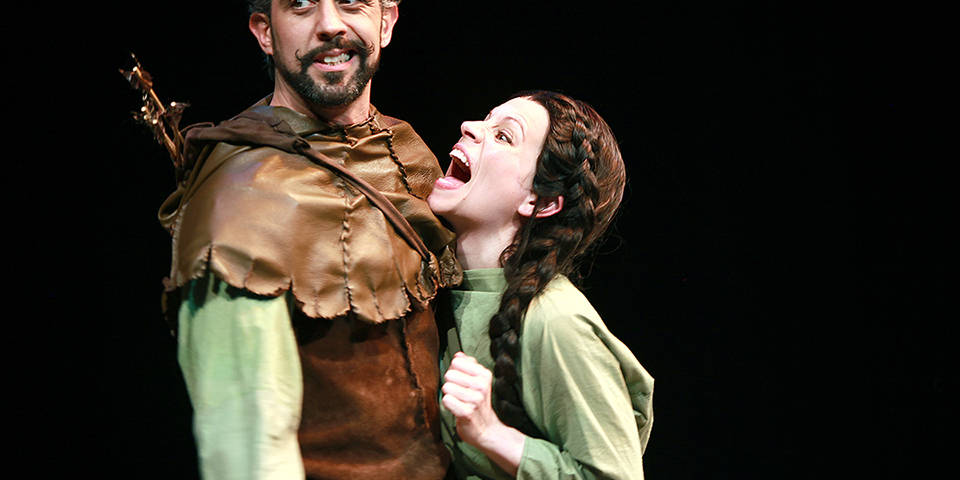 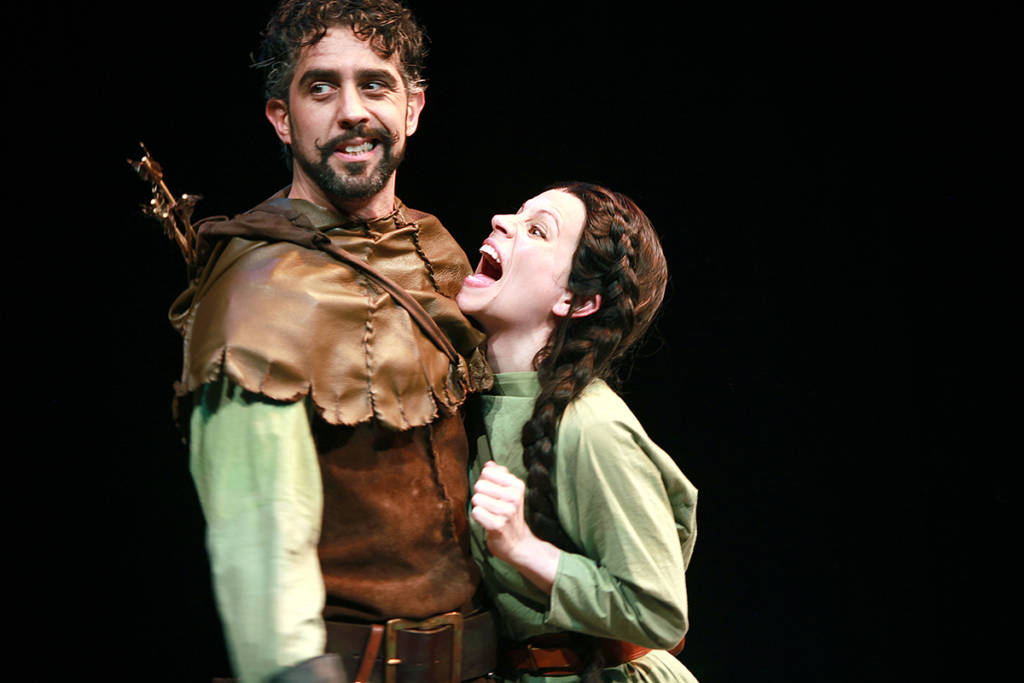 If you like your medieval epics brawny and moody, Sherwood: The Adventures of Robin Hood, which kicks off Clackamas Repertory Theatre’s 15th season, will leave you sneering like Sir Guy of Gisbourne. If, however, you enjoy lavish larks with traces of Monty Python DNA, you will savor the play’s heavenly scenery and valiantly silly performances.

The pieces of the plot — including Robin’s romance with Marian and his tussles with the king’s henchmen, Sir Guy (Tom Walton) and the Sheriff of Nottingham (Mark Schwahn) — are familiar. What sets Sherwood apart is its decision to portray both its heroes and its villains as self-important buffoons. With the same swiftness that Robin shoots his enemies with arrows, Ludwig shoots down any hint of seriousness or piety that might have crept into the saga of righteous rebels defying the crown. 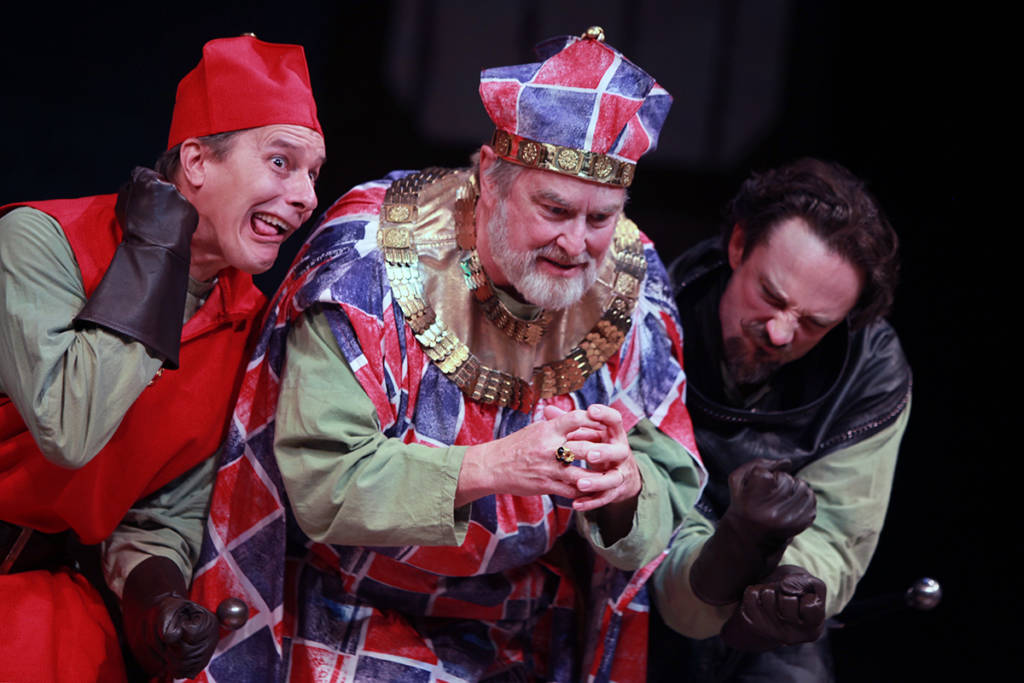 The play’s irreverent spirit is beautifully embodied by San Nicolas, who skillfully milks Robin’s emotional turmoil for laughs (particularly in a scene where he unleashes out a yowl of rage that makes him sound constipated) and even plays Robin as a boy. Sherwood is filled with ingenious gags, but having a bearded adult affect a cartoonishly high-pitched voice to become a child may be its best.

San Nicolas’ commitment to looking as ridiculous as possible is matched by the other actors, including Bogdewiecz as the haughty Marian and Walton as the foppish Sir Guy. Yet some of the production’s most-alluring work occurs behind the scenes.

Throughout Sherwood, backdrops and videos are projected across a screen to enhance the set. Designed by Annie Rimmer-Weeks and Orie Weeks III, these projections (which include splashing water and soaring arrows) could have been distracting. Yet director David Smith-English uses them sparingly and effectively, adding a welcome dash of kinetic energy to the production.

Some playgoers may wish that Ludwig had applied the same attention to detail to the political implications of Robin Hood lore. Is the character a socialist championing the redistribution of wealth or a libertarian who just wants to be left alone? Ludwig chose to dodge that question and may have missed some comedic opportunities in the process.

Yet Sherwood proves irresistible, especially during the scenes where the performers obliterate the fourth wall. When Marian gestures to the audience and cries, “Have you seen the suffering of these people?” the joke isn’t just Bogdewiecz’s hilariously histrionic delivery — it’s that watching the play is the opposite of suffering. It’s a joy.

Strengths: The nimble cast is an ideal fit for the play’s broad comedy and the use of video effects is mesmerizing.

Weaknesses: Sherwood isn’t particularly complex or nuanced — but that’s part of what makes it fun.

Takeaway: Charming, playful and well-staged, Sherwood is comedy theatre at its best.