Roommates Face Off in Hilarious Ripcord! 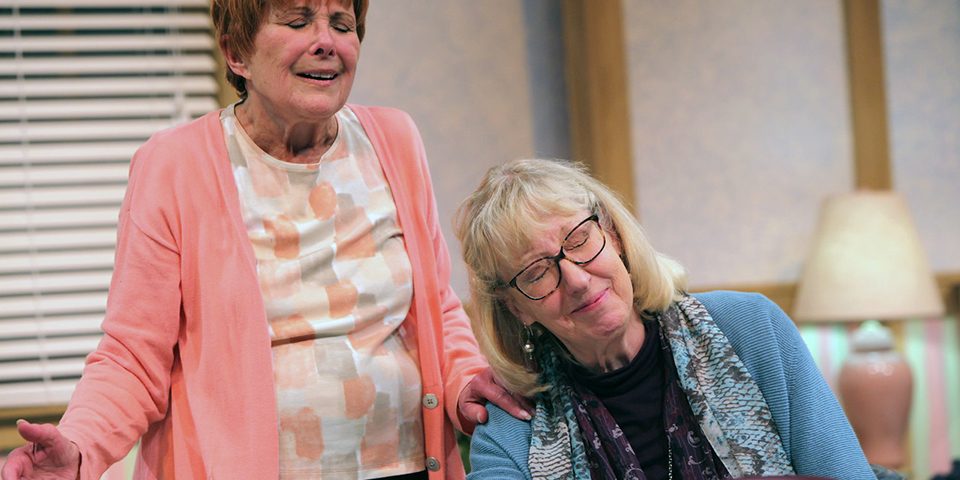 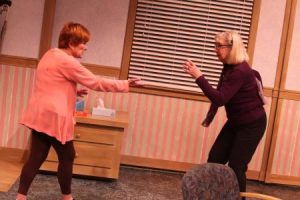 “Some people like having someone around. I’m just not one of those people.” So says Abby early on in Ripcord, and it seems like she means it.

Abby, portrayed by the brilliant Randi Douglas, lives in a retirement home. She’s crotchety and deceitful and, frankly, just wants her room to herself. She doesn’t really care how she comes about that, and will stop at nothing to get it.

Enter her new roommate, Marilyn, portrayed by the equally brilliant Anita Sorel. Marilyn is everything Abby isn’t. She’s cheerful and positive. She loves people, and she spreads joy. She is impossible to anger. But Abby wants nothing to do with her.

And therein lies the heart of this delightful comedy by David Lindsay-Abaire: Abby and Marilyn bet their room that they can anger and scare one another, respectively. This quick and hilarious play directed by David Smith-English at Clackamas Repertory Theatre is practically a sitcom: It’s a roommate comedy with plenty of hijinks and misunderstandings (remember the episode of Friends where they bet the apartment?); and with how much the audience laughs, there might as well be a laugh track.

Lest you think this is going to be a nothing but a comedy, I will point out Lindsay-Abaire’s Rabbit Hole, which broke all of our hearts and earned him the Pulitzer Prize (and was later turned into a movie starring Nicole Kidman). While Ripcord will not bring on the kind of tears of that play, there is plenty of substance and loss here once we get to know Abby and Marilyn better. 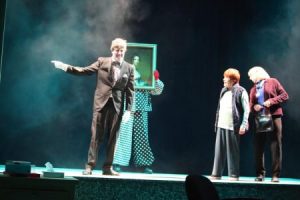 Abby, you see, isn’t exactly what she seems. Like most retirement home residents, an entire life has led her to this place — and there are good reasons she doesn’t let anyone in or want anyone around. The positive roommate, Marilyn, despite appearances, might have had it just as bad. As we learn their stories and begin to understand them, they do the same with each other, and the bet they’re embroiled in becomes both less and more important.

None of the revelations or epiphanies would be possible without the astounding work Sorel and Douglas do on the Osterman Theatre stage at Clackamas Community College in Oregon City. The play centers around them, and they both measure up in every way. They are serious when they need to be, and hysterical when that is needed. There are fine supporting turns too, especially from James Sharinghousen as their caregiver Scotty and Tom Mounsey as a pivotal person in Abby’s life.

The scenic design by Christopher D. Whitten is, frankly, stunning. They make this tiny stage break open and become so much more than a simple room in a retirement home. Outside of those walls is the entire world, after all: an airplane to skydive from, a haunted house, a park.

The entire cast and crew have done fantastic work to bring Lindsay-Abaire’s play to life, but in the end and at its heart, it all centers around two women in one room. And this production and these actors make that worthy of the attention.