Cyndy Smith-English, a seasoned performer, having performed with the likes of Artists Repertory Theatre, The Musical Company, Theatre Workshop, and many other highly regarded companies and theatre groups.

Christopher Whitten, technical director and resident director for the college since 1995, with more than 400 productions under his belt.

Alva Bradford, a long-time costumer and designer for Portland-area theatre and dance, and an accomplished multi-media artist. 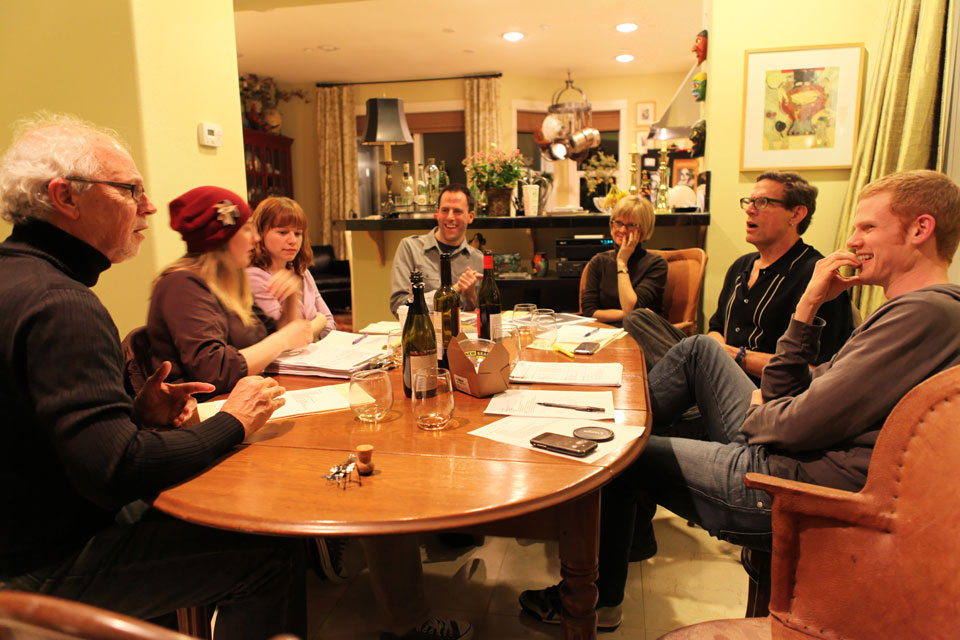 Their partnership continues today, and understanding its dynamic is essential for gaining insight into how Clackamas Rep continues to operate, plan our seasons, produce each performance and grow our company.

A successful theatre company must operate like an ongoing dialogue where a diversity of voices and perspectives are shared and heard. Taking our founders as an example, what started as a conversation between four distinct perspectives — a director’s, a performer’s, a technical director’s, and a designer’s — has blossomed into a robust and well-rounded view of how a successful company should be managed and run.

The philosophy of many voices and perspectives continue to drive how we choose each season’s performances, manage our books, promote our shows, build partnerships, add new members, extend invitations to visitors, and make decisions that affect the growth and viability of the company.