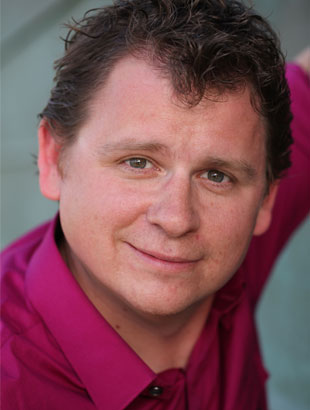 Creator/Director of "Wing It' and CRT Company Photographer

After declining the position of “official scorekeeper” for his high school intramural basketball team, Travis decided to look for other areas to improve. Fortunately for him, theater was an opportunity to explore. To start, he auditioned for and landed the role of Weasel in “The Wind in the Willows.” Coincidentally, Angel Hanson, Clackamas Rep’s choreographer, was cast as Toad in this community production. Travis loved this acting thing, and there was no turning back. Plus, even if he wanted to be a scorekeeper the position had already been filled. Travis performed in many shows at West Linn High School.

After high school, he was accepted into the prestigious Clackamas Community College at the top of the hill and proudly accepted this honor. It was at this point in his life when he met the well-known David Smith-English. He has been performing under David’s direction for more than 16 years.

After Community College, Travis auditioned for and was accepted at Ringling Bros. Clown College in Sarasota, Florida. After receiving his clown college diploma, Travis became involved, as a Clown, in many projects for Feld Entertainment including a tour with Ringling Bros. and Barnum and Bailey’s “The Greatest Show on Earth.” He even had a pet Alpaca named Shortie, which he performed with in the circus. They paraded together each night during a segment of the circus called the “Living Carousel.”

After several life changes including marriage, graduate school, and a divorce, Travis is now a teacher for the Oregon City School District. He teaches elective theater classes to middle school students, and he loves performing with Clackamas Rep when opportunities arise.