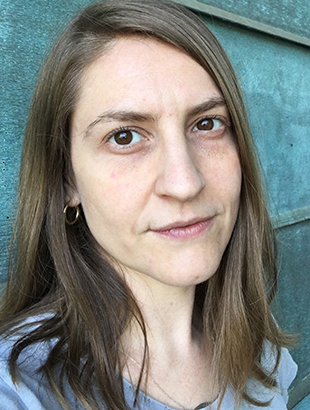 Jayne played her first “leading lady” role at the age of thirteen when she absolutely dazzled audiences with her red-haired orphan loudly serenading a flea-infested dog. With no immediate calls from Hollywood, she continued to work the community-theatre circuit of Clackamas County as a Von-Trapp child, a little woman, and most notably, the Most Wicked Witch There Ever Was. She honed her skills for making young audiences cower in fear and eventually won the Rex Putnam senior class vote for “Most Dramatic.” She rid herself of her broomstick and hopped on a covered wagon destined for Oregon City, where she matriculated at Clackamas Community College under the rare tutelage of David Smith-English.

Her skills were quickly noted in roles including Meg in “Crimes of Heart,” Cecily in “The Importance of Being Earnest,” and Maggie in “Lend Me A Tenor.” Two years later, she bartered her last silk scarf for a ferryboat ticket to Portland, where she completed both Bachelor’s and Master’s degrees in Theater Arts at Portland State University. Jayne garnered two Irene Ryan Nominations and the Student of the Year Award.

Jayne returned to her roots in Oregon City and has graced the stage at Clackamas Rep since its inception. Her favorite roles include: Gertie Cummings in “Oklahoma!,” Gwendolen Fairfax in “The Importance of Being Earnest,” Sunny Freitag in “The Last Night of Ballyhoo,” and Annabella Schmidt in “The 39 Steps” and Truvy in "Steel Magnolias." Jayne has also served as CRT house manager, box office manager and production manager. In 2016, Jayne made her directorial CRT directorial debut with "One Slight Hitch" and became the Managing Director. Jayne also lends her incredibly loud voice to the rock ‘n roll duo of “Donovan Breakwater.”