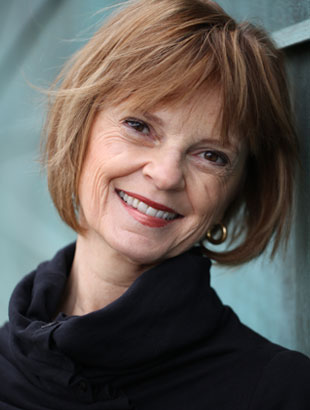 Cyndy made her stage debut as Mary in her Catholic grade school’s Christmas program. She was six years old. She was hooked. She went on to star in a series of grade school programs that the nuns inexplicably allowed the students to partially create themselves, the most memorable being a take-off on “Laugh-In.” Well, okay, no one got to imitate Goldie Hawn.

The first role she actually had to audition for she didn’t get. The pain was lessened by being cast as Dorothy in the “Wizard of Oz” in a city-sponsored production the summer of ... well, never mind the year. The city was Coos Bay. Her second role was as a freshman in high school when she played Peter Pan, the most notable moment of which was when the crew flew her into the set, knocking it over. Her father laughed so hard he cried every time he told the story. It was maddening. Fast forward to college where she received a Bachelor of Arts degree in Theatre from Lewis & Clark College. While at Lewis & Clark, she took some voice lessons and it was discovered that she had a pretty darn good High C. Notes D and E weren’t bad either.

While performing at many Portland theatres in musicals, operettas and non-musicals, winning a couple of acting awards along the way, she also studied classical vocal literature with the aim of singing opera one day. The highlight of that career was auditioning in New York for Luciano Pavarotti’s U.S. agent, who after she had sung four arias, told her to get in touch with him after she had some experience. By this time she was over 30 which, as anyone in opera will tell you, is too old to still be needing experience. To be perfectly honest, she just didn’t have quite enough talent or desire.

Back in Portland, she continued to sing Gilbert and Sullivan and great roles like Eliza Doolittle and Marian Paroo, and also did some film acting, the most memorable being a gig for Microsoft. The most lucrative was a TV commercial for Fred Meyer.

Moving right along. She was sick and tired of working retail jobs and decided to attend Reed College where she learned how to write (among many other marvelous things), and received her Master’s degree. She then spent three years working at the Portland Art Museum where she learned the intricacies of non-profit management. Shortly thereafter, she became a founding member of Clackamas Repertory Theatre and the rest, as they say, you’ll find somewhere on this website.